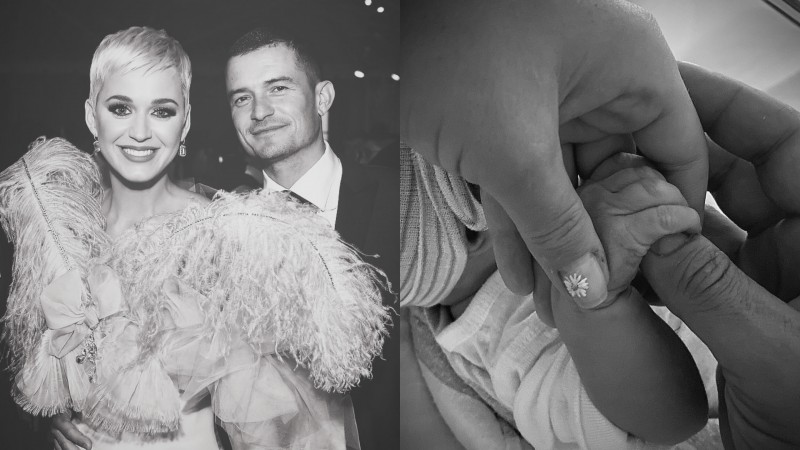 Katy Perry and Orlando Bloom have welcomed their daughter into the world.

The famous couple introduced Daisy Dove Bloom via Unicef’s social media as they were announced as “Goodwill Ambassadors” for the Organization.

The Instagram post read “Welcome to the world, Daisy Dove Bloom! We are honoured to introduce Goodwill Ambassadors @KatyPerry and @OrlandoBloom’s new bundle of joy,”

“We are floating with love and wonder from the safe and healthy arrival of our daughter,” the engaged pair told Unicef.

Perry, 35, released song Daisies back in May and in the accompanying black and white picture of the newborn’s parents touching her hand it appeared as though the singer also had the flower adorning her nails in celebration of her daughter.

Bringing attention to depleted healthcare resources, the post continued: “But we know we’re the lucky ones and not everyone can have a birthing experience as peaceful as ours was. Communities around the world are still experiencing a shortage of healthcare workers and every eleven seconds a pregnant woman or newborn dies, mostly from preventable causes.

“Since COVID-19 many more newborn lives are at risk because of the increased lack of access to water, soap, vaccines and medicines that prevent diseases. As parents to a newborn, this breaks our hearts, as we empathize with struggling parents now more than ever.⠀

“As UNICEF Goodwill Ambassadors, we know UNICEF is there, on the ground, doing whatever it takes to make sure every expecting mother has access to a trained health worker and access to quality healthcare.

“In celebration of the heart we know our daughter already has, we have set up a donation page to celebrate DDB’s arrival. By supporting them, you are supporting a safe start to life and reimagining a healthier world for every child. We hope your heart can bloom with generosity.”

The Roar hitmaker announced her pregnancy earlier this year in her music video for Never Worn White, later revealing she was carrying a girl.

Both Daises and Never Worn White are tracks from Perry’s upcoming sixth album Smile which is due for release on Friday 28 August.