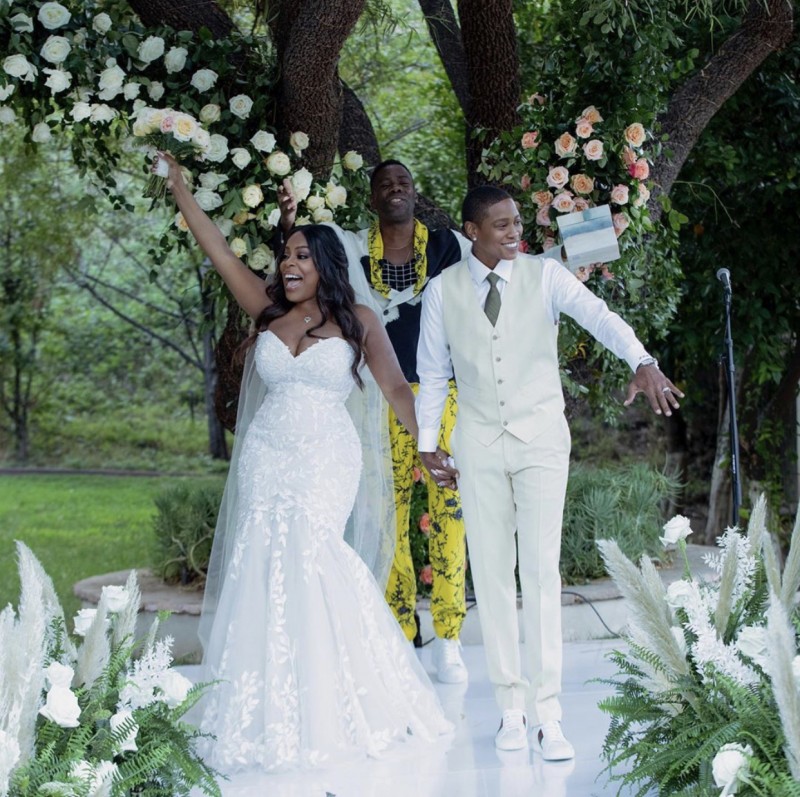 What better way to publicly come out as queer, or even as being in a relationship, than by having a beautiful wedding!

Nash, 50, posted a photo with her bride to Instagram and Twitter with a caption sharing her new married named, “Mrs. Carol Denise Betts” and the hashtag #LoveWins.”

In the photo, the happy couple, both dressed in white, joyously hold hands at an outdoor wedding ceremony. Nash wore a white lace gown, while Betts dressed in a cream suit with no jacket.

“I got a whole Wife @niecynash1 #Bestofbothworlds #LoveWins,” Betts captioned in her own post celebrating their new nuptials.

The actress, known for her performances in the television shows “Reno 911” and “Claws,” also posted another photo to her Instagram story, captioned “#PlotTwist” with a rainbow emoji.

Niecy Nash was previously married to Don Nash from 1994 to 2007 and married Jay Tucker in 2011. She and Tucker divorced in December 2019. It is clear, though, that there’s an even bigger coming-out story here: Niecy Nash’s first name is Carol!

It is unclear when the wedding ceremony took place.

CHADWICK BOSEMAN REPORTEDLY GOT MARRIED DISCRETELY BEFORE HIS DEATH