Toyoin Abraham is Absolutely In Love with her Husband, Kola Ajeyemi 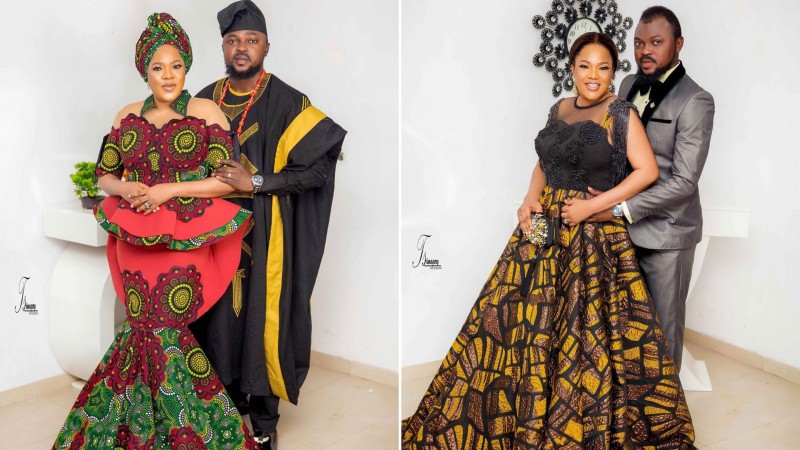 Toyin Abraham in an interview with Pulse Tv talked about her career, marriage and motherhood.

To start off the conversation, Toying talked about how 2020 has been for her so far. She mentioned that there were a lot of things to be thankful for which involves her blossoming career and joining the mothers club.

The birth of Toyin’s first child in 2019 was celebrated in the media for a long time. According to her motherhood is more than the beautiful family photos shown on social media.

“It’s not something easy. When I saw Omo T and Omoni I told them that I respect them more now. I think I love and adore them more now. I told Mercy Johnson the same thing, it’s not easy. What we see is just pictures, you just see family pictures and videos, it is not easy. But we thank God because I am happy, very very happy but it’s not just easy,” she said.

Still on family, excited Toyin Abraham talks on how she met her husband, Kola Ajeyemi and about how they have known each other for years.

“I have known him for years (Blushes). Every time we talk about him I’m always blushing o. I’m in love (General laughter). We’ve been in the industry together for a very long time. He is my senior colleague. He is a very good guy, very calm, very mature. What do you expect? He is over 40. He has been my friend for a very long time, however, we started dating in late 2017.

“I was not even serious about it initially, that’s why I always tell people ‘never say never.’ I didn’t believe I was still going to get married to an actor. But it has always been my prayer to marry where ever I’m working. When I had issues with last marriage, I made up my mind that I wasn’t going to be with any actor but God said this was what he wanted,” she said.

The beautiful actress also said her relationship with Kola which metamorphosed to marriage, wasn’t love at first sight rather it was a beautiful friendship which started ten years ago.