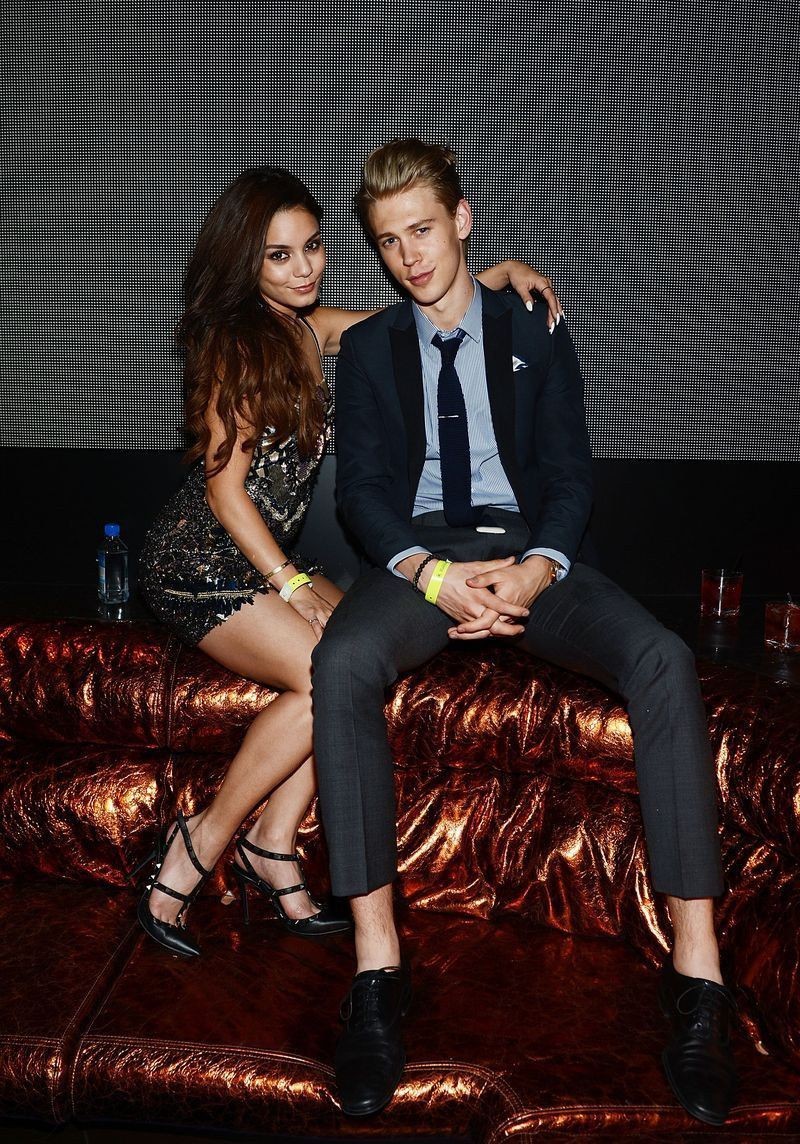 It’s over for Vanessa Hudgens and Austin Butler.

After almost nine years together, the High School Musical alum and the Once Upon a Time in Hollywood actor have decided to go their separate ways, multiple outlets report. The celebs first sparked romance rumours in Sept. 2011, about a year after Hudgens’ split with Zac Efron. After their first PDA session in 2011, Hudgens and Butler became inseparable, sharing a number of sweet moments together over the years.

In recent months, however, it seems as though Hudgens, 31, and Butler, 28, have been spending time apart. Hudgens has been overseas filming The Princess Switch 2, while Butler is believed to be starting production on Baz Luhrmann‘s upcoming Elvis Presley biopic. It was announced over the summer that Butler had been cast as Elvis in the film, and Hudgens couldn’t have been more excited for her man.

“I AMMMM OVERRRR THE F–KING MOOOOOOOOONNNNN,” Hudgens wrote on Instagram in July. “I CANT WAIT SO PROUD OF MY HONEYYYYY!!!”

Reports at the time stated that production on the film would begin in Australia in early 2020.

“It’s hard for me to even put into words what that girl means to me,” Butler told E! News in July at the premiere of Once Upon a Time in Hollywood. “I am so inspired by her everyday and I just love her to my core.”

A month later, Hudgens posted a heartfelt message to Butler on Instagram in celebration of his birthday.

“HAPPY BIRTHDAY to my love, my other half, my constant Inspiration and supporter,” Hudgens wrote in her birthday tribute. “My best friend. My everything @austinbutler 28 is going to be [fire emojis].”

Throughout their relationship, Hudgens has regularly posted photos of her and Butler together on social media. However, in recent months, Butler has been noticeably absent from her posts. She last shared a photo of Butler on Instagram in October while celebrating Halloween.

Amid split speculation, Hudgens opened up about her romance with Butler in an interview released in early January.

“It’s eight years this year – facetime, good communication, respect and trust [are what keep us going]. The longest we’ve been apart was four months. It sucks!” Hudgens told Cosmopolitan UK. “You start hating hearing yourself say ‘I miss you.’ But if it’s your person, you make it work.”

Us Weekly was first to report the news of Austin and Vanessa’s Break up. We would miss seeing them together.