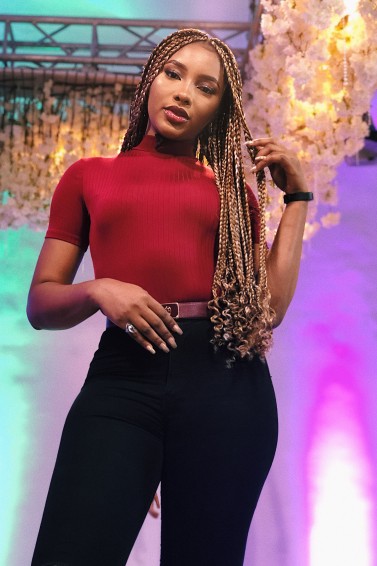 Being in love with the Arts her whole life, Marycolette Unamka joined the entertainment scene in 2013 as a model. She has featured in TV commercials for telecommunication brands and more. In 2016, she took on her debut acting role as ‘Onome’ in the popular web series on RedTv “Our Best Friend’s Wedding”

After her graduation from the University of Lagos in 2017 where she studied Human Resource Management, Marycolette decided to take her love for the arts a step further by going on to host Wedding News, work behind the scenes producing shows like Wedding on a Budget, Clicks and The Wedding Playlist as well as work as the official Voice Over Artiste for Wedding Channel Africa.