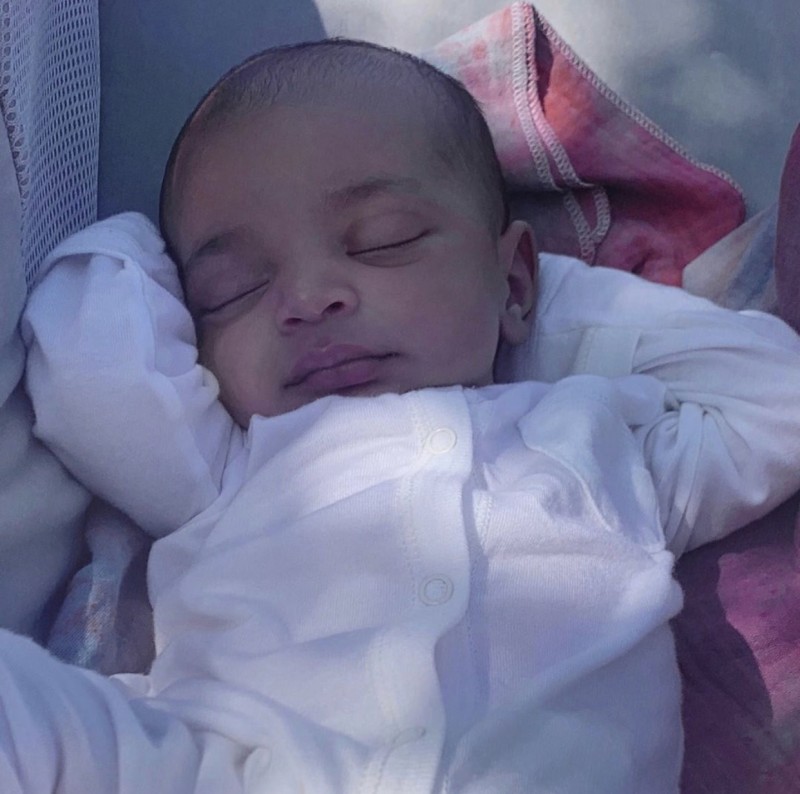 It’s been a month Kim Kardashian’s and Kanye West welcomed their fourth child via surrogate.

Kim Kardashian has finally shared a second photo of her son and unlike the first one this one gives a close-up look at his face.

She captioned the photo of her napping son  “Psalm Ye.”

Kardashian shared the first photo of Psalm when she announced his name on May 17. Then, he was in his crib and further away. She deleted the photo from Instagram after she got backlash for the blanket and cushion she had in crib, which had only been for the photo. The picture remains up on Kardashian’s Twitter though.

It was reported that Kardashian understood the controversy the photo caused. (Parents are supposed to keep their newborns in cribs without any soft pillows, blankets, crib bumpers, or toys because they could make it more difficult for the child to breathe.) It was presumably a split-second, staged photo. As a mother of four, she very much knows how to keep her newborn safe in the crib.

Psalm’s name was chosen because of Kanye West and Kim Kardashian’s faith. 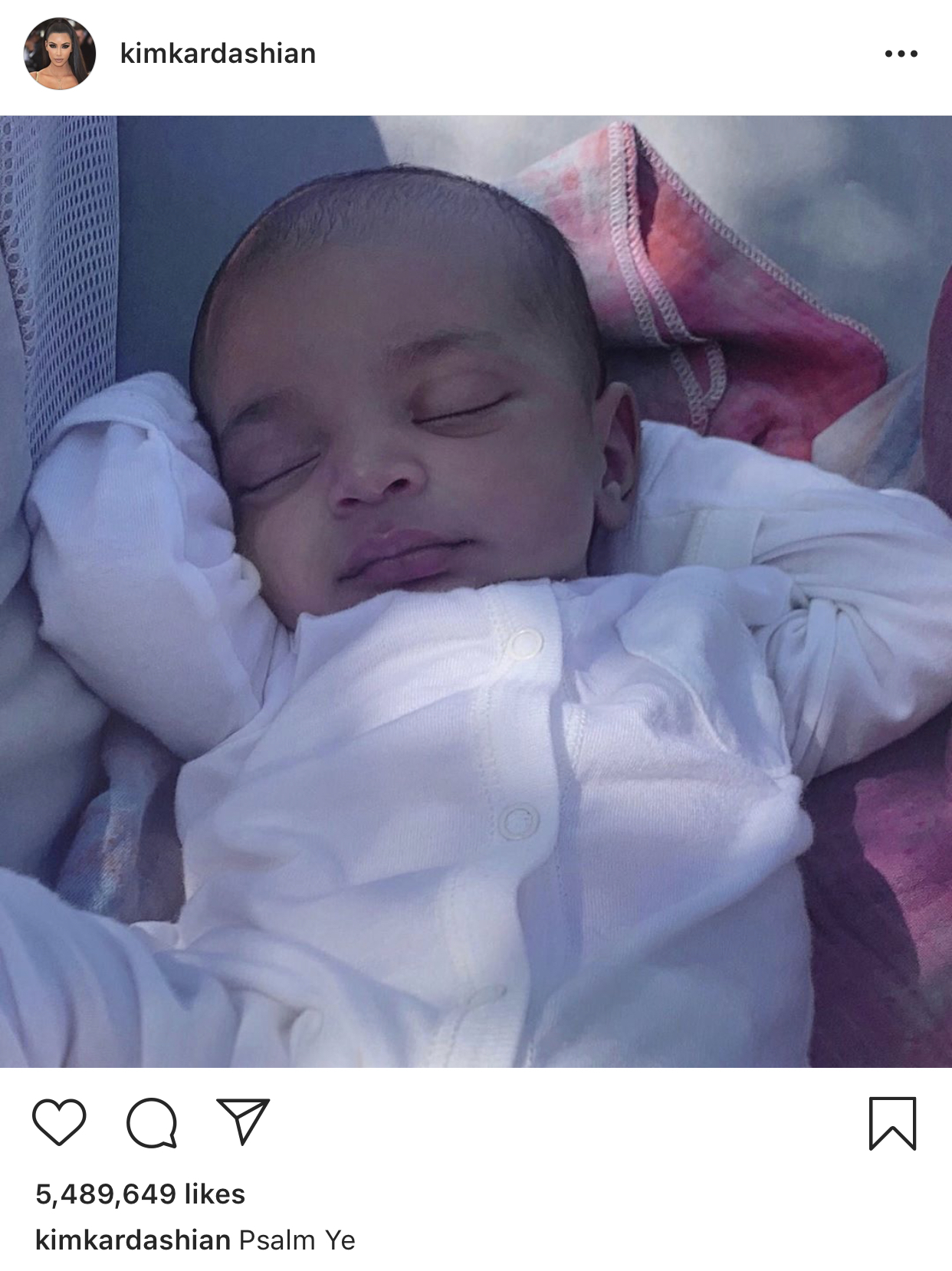 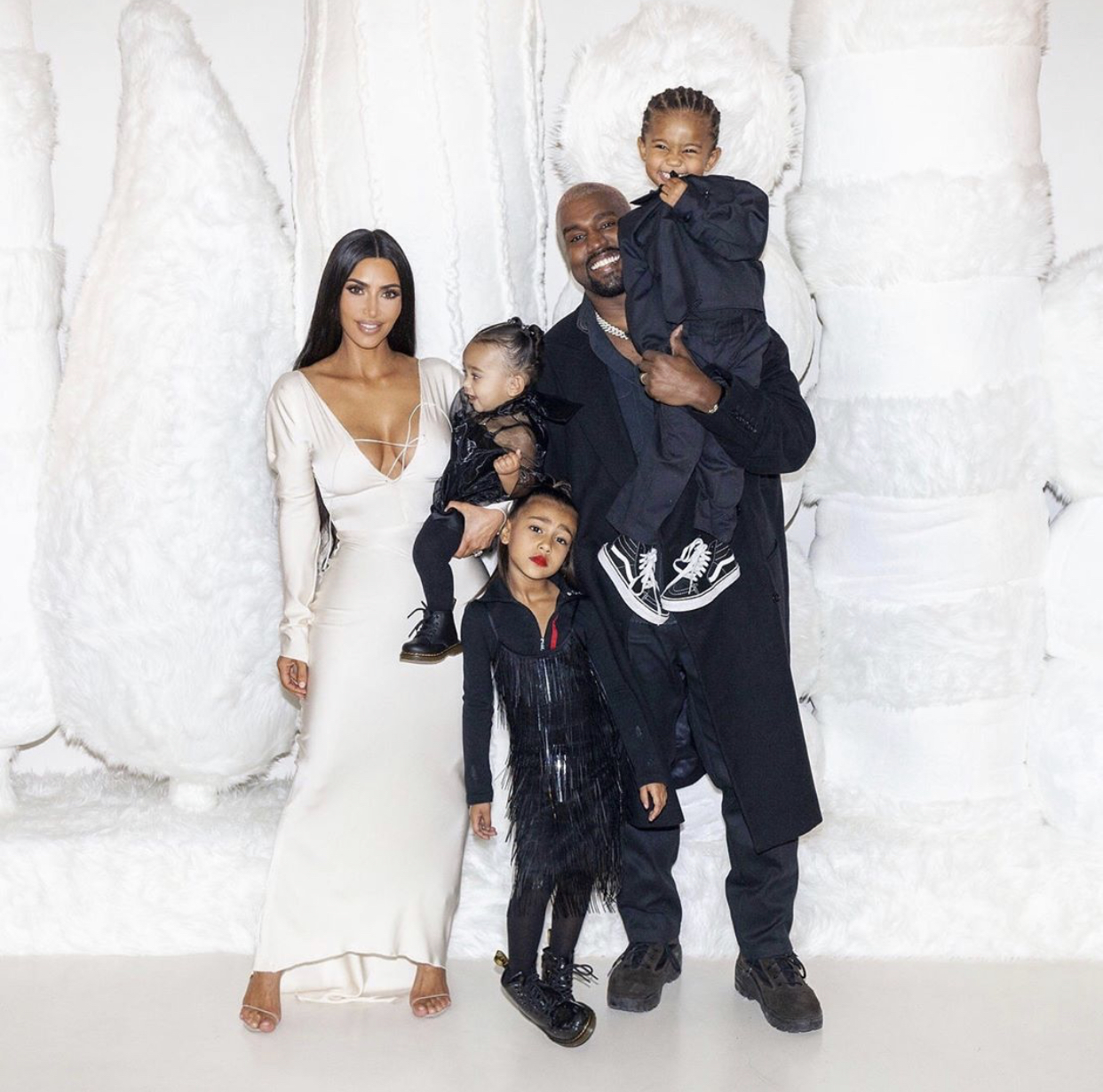