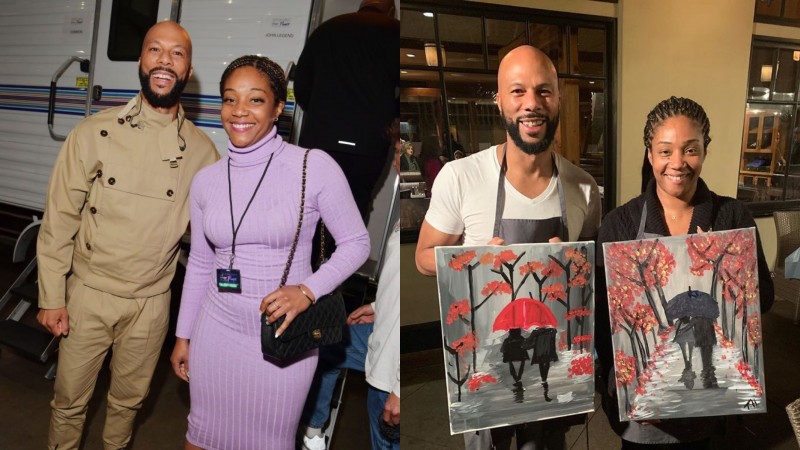 American actress and comedian, Tiffany Haddish, has confirmed relationship rumors between her and Common.

The 40 year old actress confirmed that she and American rapper and actor, Common are in a relationship during her recentappearance on Steve-O’s Wild Ride! Podcast. “I am in a relationship,” she said and continued in response to a question if she was dating Common, saying, “Yeah. We’re twins now,”referring to her now bald head which matches Common’s. She added that he loved it, “He said it was beautiful. He’s like, ‘Wow, you did it, man. You’ve got a lot of courage. You look so beautiful. I love it.’ And I’m like, ‘Ahh, put your head on my head,”

Tiffany revealed that she first met the 48 year old Grammy winner in 2019, when he played the role of her love interest in the movie, “The Kitchen”, and they became just friends after.She explained that after a while they became more than friends as they used to facetime all the time, and then they decided to do some charity with Bumble to raise money for frontline workers and children.

The actress said this is her first relationship with a celebrity and has so far been, “hands down the best relationship I’ve ever been in.” “I’ve lost 20 pounds since I’ve been in this relationship. I feel more confident in me and it’s not him that’s doing it. I’m just way happier and it’s like knowing I got somebody that cares about me, that really has my back. It seems like he does anyway. And I love it, I love him.”

Rumors on their relationship began circulating earlier this year and speculations were confirmed after the couple appeared to be quarantining together in an Instagram live chat with comedian Cedric the Entertainer where Haddish shared that Common had been “keeping her company” during quarantine.